Here’s a quick highlights video from CISO Series Video Chat: “Hacking IoT Vulnerability Remediation: An hour of critical thinking of what to do when you find vulnerable devices on your network.”

Our guests for this discussion were:

HUGE thanks to our sponsor Viakoo

Other honorable mentions go to:

“Use dummy IoT devices instead of real ones; no one knows which are working anyway” – John Gallagher, vp of marketing, Viakoo, Inc.

“Only staff the SOC during normal business hours – nothing bad can happen if nobody is in the office, right?” – Brian Colt, information security engineer, DASH Financial Technologies

“Source IoT devices from manufacturers having a ‘going out of business’ sale. Think of the money you’ll save!” – Brian Colt, information security engineer, DASH Financial Technologies

“Let the ioT vendor decide the sensitivity of the data on the device.” – Drew Brown, IT security manager, Commonwealth of Pennsylvania

“Find a way to assign an identity to all IOT devices and track them like you do your personnel identities” – Craig Hurter, director security operations, Colorado Governor’s Office of Information Technology

“Think outside the enterprise. Convene vendors, their vendors, partners, rivals, and everyone that touches your IoT fleets. You’re in IoT together and you need to work together.” – Phil Wolff, co-founder, Wider Team

“Besides having all IoT devices officially being deployed managed and monitored scan your network regularly on new shadow IT devices and either block their addresses or bring them in in an official way.” – Roland Mueller, self-employed

Quotes from the chatroom

“IOT is all about providing new functionality, so innovation in what the device can do resists ‘best practices’ like secure coding” – Rick Woodward, cyber security architect and manager

“I keep seeing device makers forcing themselves to be data intermediaries. You buy the gear but the data flows through them first.” – Phil Wolff, co-founder, Wider Team 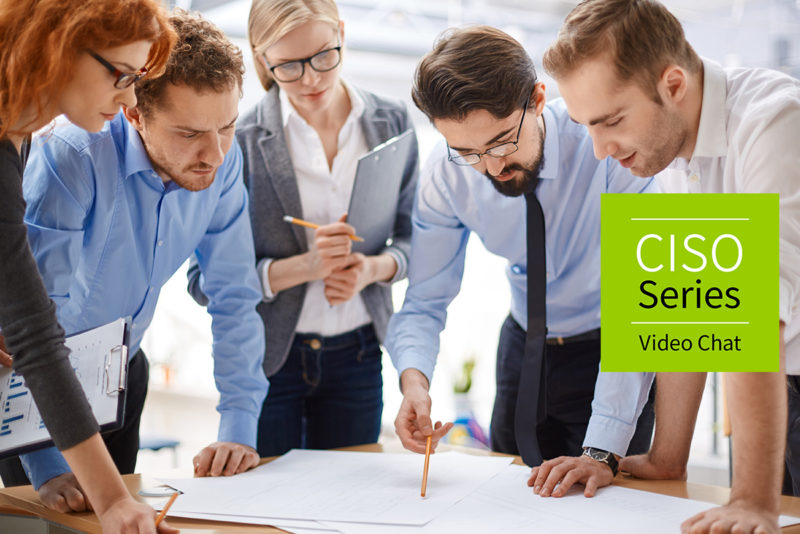 Please join us on Friday October 8th, 2021 for CISO Series Video Chat: “Hacking Regulations: An hour of critical thinking of moving regulators from operational to risk-based auditing.” Register for 10-8-21 video chat Traditionally regulators have audited companies based on simple…

Here are five of our best moments from CISO Series Video Chat “Hacking Active Directory: An hour of critical thinking on securing the ‘keys to the kingdom.’” Our guests for this discussion were: Derek Melber (@derekmelber), chief security analyst, Tenable …

Here are five of the best moments from “Hacking the Insider Risk Summit: An hour of critical thinking about creating a security aware culture.” Our guests for this discussion were: Joe Payne (@paynejoe), president and CEO, Code42  Masha Sedova (@ModMasha), president, Elevate Security Watch the full video Got…