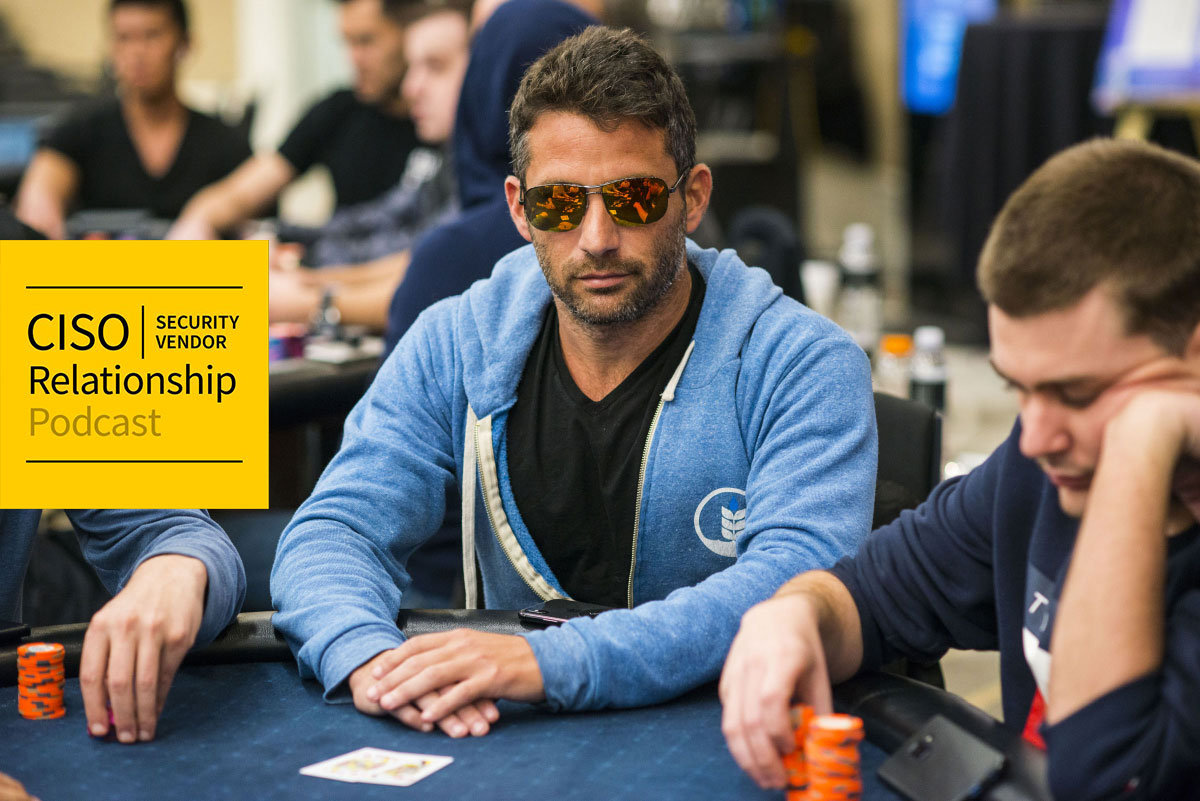 We’re all in with not wanting “follow up email marketing” on the latest episode of CISO/Security Vendor Relationship Podcast.

This episode is hosted by me, David Spark (@dspark), producer of CISO Series and founder of Spark Media Solutions and Mike Johnson. Our guest this week is Ian Amit (@iiamit), CSO, Cimpress.

To gate or not to gate. Mike posted on LinkedIn about how much he appreciated vendors who don’t gate their content behind a registration wall. The post blew up on LinkedIn. The overwhelming response got some vendors willing to change their tune.

Kevin Kieda of RSA Security asks, “For an initial meeting what are the things you want the sales person to know about your business that many of them don’t.” Kevin says he gets frustrated that he gets the sense a prospect wants them to know what tools they’re using even though he knows he often can’t find out that information. What is the must know, nice to know, and boy I’m impressed you know that?

Whose mistakes are worse? Your own or the vendor’s?

Factor Analysis of Information Risk (FAIR) is a risk framework (often laid ontop of others) that simplifies the understanding of risk by identifying the blocks that contribute to risk and their relationship to each other and then quantifying that in terms of money. Ian, can you give me an example of how you actually do this?

Since its inception back in 2010, Zero Trust Architecture has been gaining traction. Much of the interest stems from the nature of work and data today – people working from anywhere on any device, and data racing around networks and to and from the cloud means there is no single fortress where everything can exist safely. Operating on a belief that everything inside the perimeter is safe because it’s inside the perimeter is no match to today’s hacking, penetration and inside sabotage.

The establishment of new perimeter protections, including microtunnels and MFA is best applied to new cloud deployments but must still somehow be factored into a legacy architecture without becoming more inconvenient and vulnerable than what it is trying to replace.

Since there is no clear unified definition, merely an agreement about its philosophy, it’s vital while working with your own senior people on incrementally deploying zero trust technologies and practices, that you remain vigilant about every other organization you come in contact with, since their definition of “zero trust” may at present be little more than a few lines of defense.

Why is this a bad pitch?

What’s the polite way to hande the way too generic vendor request. We offer two examples of non-specific pitches that are obviously just begging for a CISO’s time.

Is there a polite way to refute the request and let them know without talking down to them and letting them know that this isn’t a tactic they should pursue?

Previous article Highlights from “Are Cybersecurity Sales Incentives Helping or Hurting the Industry?”