I’m Humbled to Tell You About My Prestigious Award

I’m Humbled to Tell You About My Prestigious Award 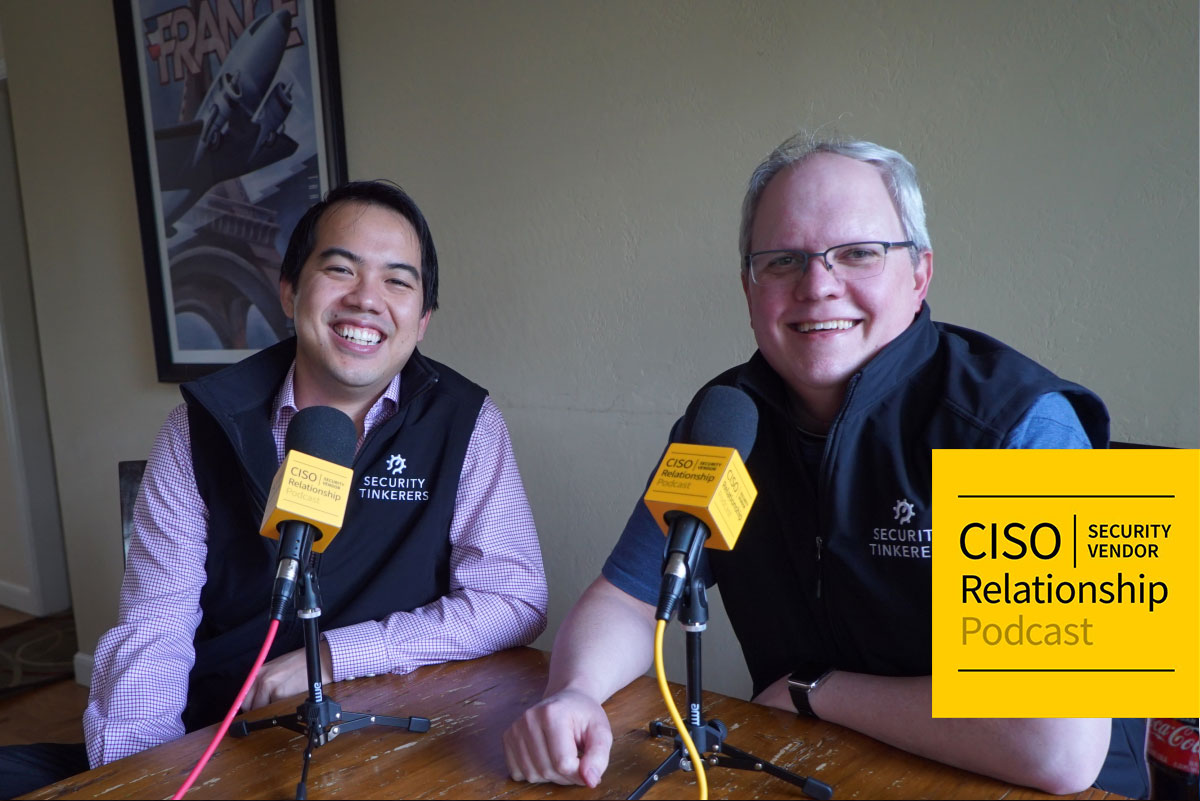 I’m not exactly sure what “humbling” means, but I’m going to use it to hopefully soften my braggadocio announcement.

We discuss semantics and when it’s OK to boast your accomplishments on this week’s episode of CISO/Security Vendor Relationship Podcast.

This show, like all the previous ones is hosted by me, David Spark (@dspark), founder of Spark Media Solutions and Mike Johnson. Our guest this week is Will Lin (@WilliamLin), partner and co-founder, ForgePoint Capital.

Thanks to this week’s sponsor, Praetorian

Announced at the beginning of the show: WEBINAR: What Every Security Practitioner Needs to Know about Security Sales

In many industries we see VC investments following trends. This is hot and new, let’s go and invest in it. A recent story on Forbes spotlights five trends in cybersecurity which comes off as catnip for VCs or at least those in those spaces looking for investments. Is trend hopping a lucrative way to succeed with cybersecurity investments?

Peter Cohen, director at Countercept remarked on the hypocrisy of posting a photo of yourself on stage and referring to it as “humbling”. People say this with zero idea of the definition. The use of humbled or humbling as a verb means that at one time you thought you were superior and now you realize you are not because essentially someone defeated you and put you in your place. I don’t get the sense that’s what people mean when they refer to an experience as “humbling.” But do a search for the term on LinkedIn and you will see people use it ALL THE TIME. Some of the most popular posts on LinkedIn are achievement announcements. Where’s the line between saying you’re proud of something and would you honor it with me and coming off like a jackass?

We have two scenarios this week in honor of our VC guest.

In a special VC edition of “Hey, you’re a CISO, what’s your take on this?”

Much of what we talk about on this show is what we like and don’t like about how security companies market themselves. In the news, the only role we hear VCs playing is financial. But given that VCs are seeing the inner workings of a startup, they can probably see firsthand why a company succeeds or fails. Given what VCs are privvy to that others of us are not, how can VCs help shape the way vendors market themselves?

Fernando Montenegro of 451 Research brought to my attention this tweet from Soldier of Fortran that caused a flurry of discussion. The tweet pointed out that many sites say they offer pricing, but when you go to the page it’s just a lot of verbiage with a link to request a quote. Haroon Meer of Thinkst, producers of Canary deception devices and a former guest on this show, said they have pricing on their site even when experienced salesmen told them not to do it. Kyle Hanslovan of Huntress Labs, asked how he could provide transparent pricing when half of his clients are direct and the other half are distributors. Is there a happy medium here or is obfuscation the way to succeed with security selling? 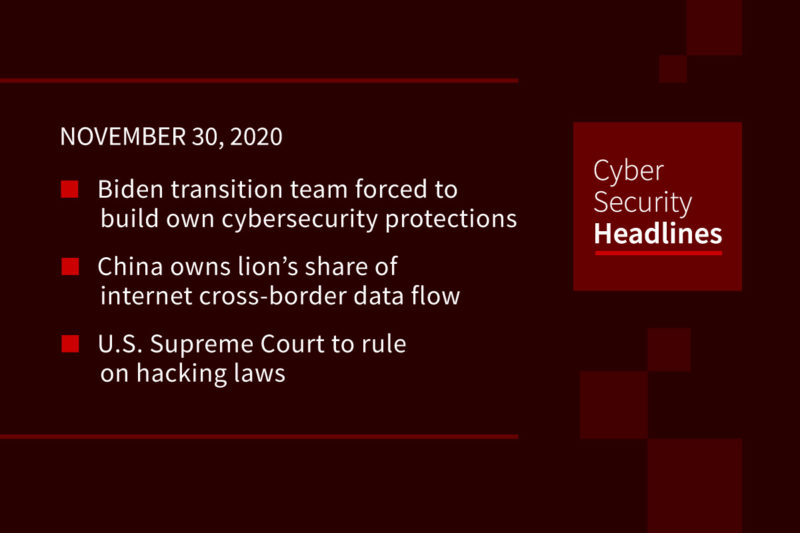 Biden transition team forced to build its own cybersecurity protections The Trump administration is blocking many of the transition-related resources usually provided to a president-elect, including government email accounts, despite concerns that the team is likely a top espionage target… 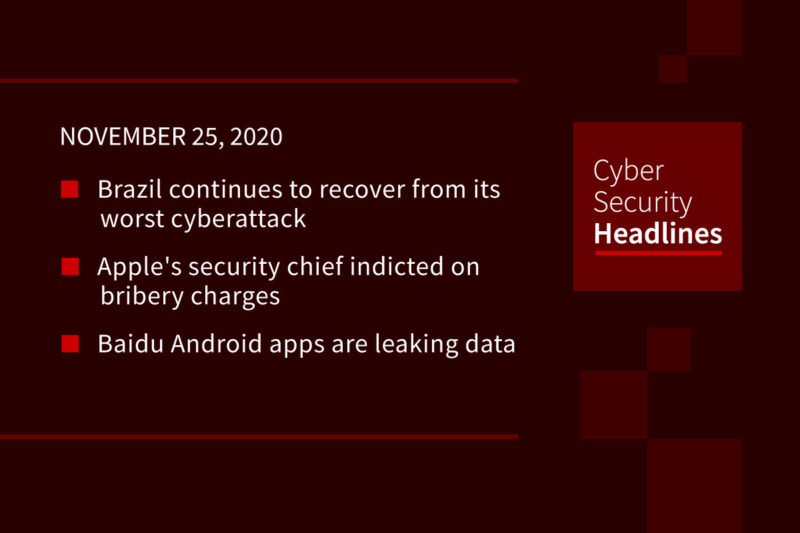 Brazil continues to recover from its worst cyberattack Brazil’s Superior Electoral Court was hit with a ransomware attack on November 3rd, with systems taken offline for 26 hours to mitigate damage and gather evidence. The court had limited functionality restored… 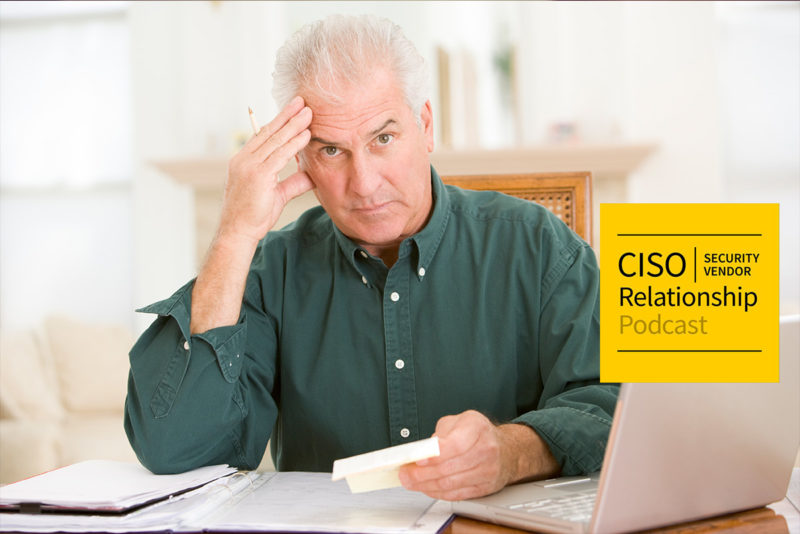 I don’t think we’re doing enough to protect ourselves against cyberattacks and I’m also pretty sure we’re clueless as to what our third party vendors are doing. This week’s episode is hosted by me, David Spark (@dspark), producer of CISO Series and…