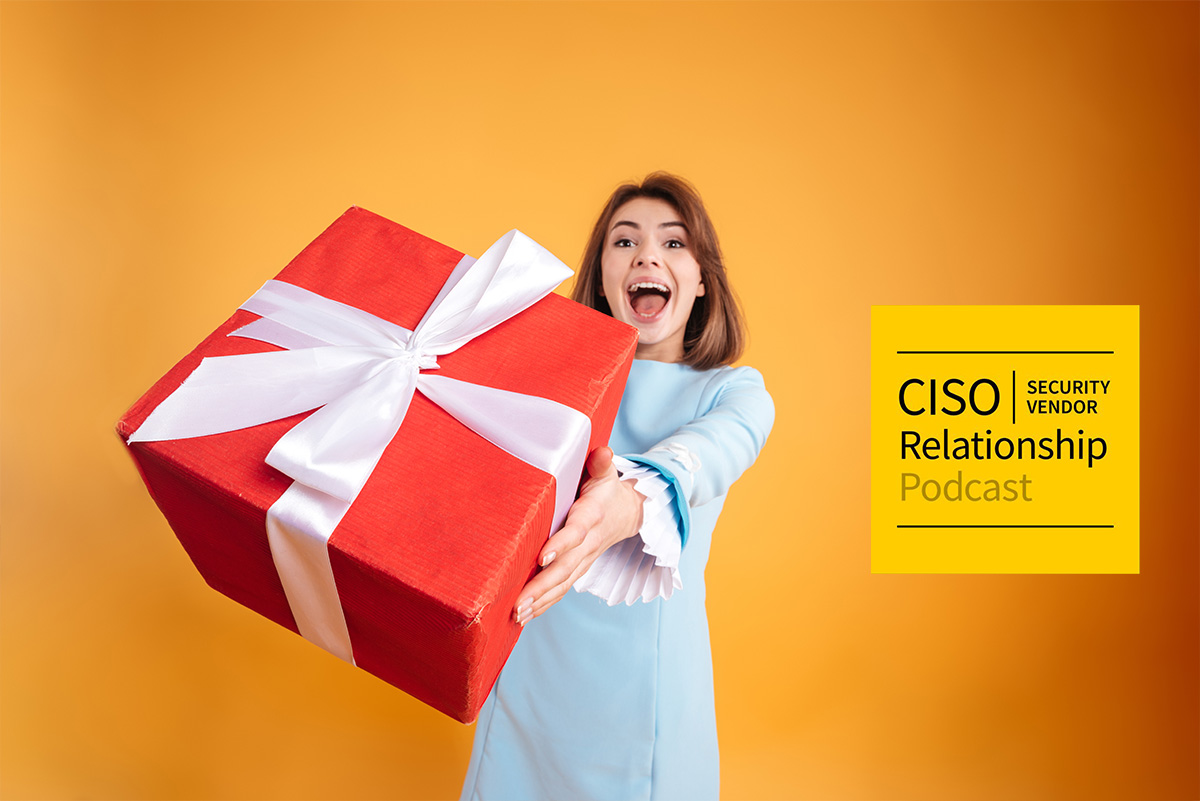 Offering me a gift for a meeting was definitely not Plan A. Or was this a situation that you ran out of creative ideas and it’s actually more cost efficient to buy your way into meeting with me?

This episode is hosted by me, David Spark (@dspark), producer of CISO Series and Mike Johnson. Our guest this week is John Overbaugh (@johnoverbaugh), vp, security, CareCentrix.

Thanks to this week’s podcast sponsor, Nucleus Security

People hear all too often that risk security isn’t compliant security and vice versa, but isn’t compliance just another form of risk? Shouldn’t it be given quantitative and qualitative ratings like any other risk, prioritized, and remediated especially in highly regulated environments?

On LinkedIn, LinkedIn CISO, Geoff Belknap asked, “Tech Vendors: Please, stop offering cash or gift cards for meetings. It throws into question the entire basis for a relationship and It’s not ethical.”

Vendors take CISOs out for lunch all the time. That is a form of a gift. One vendor said because they can’t take a CISO out they send a Starbucks card in lieu of the coffee they were going to purchase. Then there are the gifts that arrive for attending an event.

Edward Kiledjian at OpenText, said, “I recently had a vendor get upset with me that I wasn’t willing to accept his gifts. He said others in my position accept it and he couldn’t understand why I was being so ‘stubborn.'”

How should this situation be handled and does a CISO’s opinion of the vendor change as a result?

David tried to second guess Mike and was wrong on this bad idea from Jesse Whaley, CISO, Amtrak.

When Zero Day bugs arrive, security flaws just keep perpetuating. Garrett Moreau of Augury IT posted an article from MIT Technology Review about Google’s research finding that when patches are released for zero days, they’re often incomplete. Hackers can actually find the vulnerability sitting on the next line of code right next to the patched line of code, making it very easy for a hacker to reignite the zero day vulnerability. How can this problem stop perpetuating itself?

Someone has a question on the cybersecurity subreddit

A frustrated redditor eager to learn cybersecurity is getting stuck on CTFs (Capture the Flags ) and is losing the motivation as a result. The person is worried that relying on walkthroughs will be harmful. Responses from the reddit community were that the walkthroughs are there to help people learn, and that most CTFs don’t resemble real life. They’re there to teach a few tricks. So, is that the case?