What’s Worse?! “Culture of No” or No Culture?

What’s Worse?! “Culture of No” or No Culture? 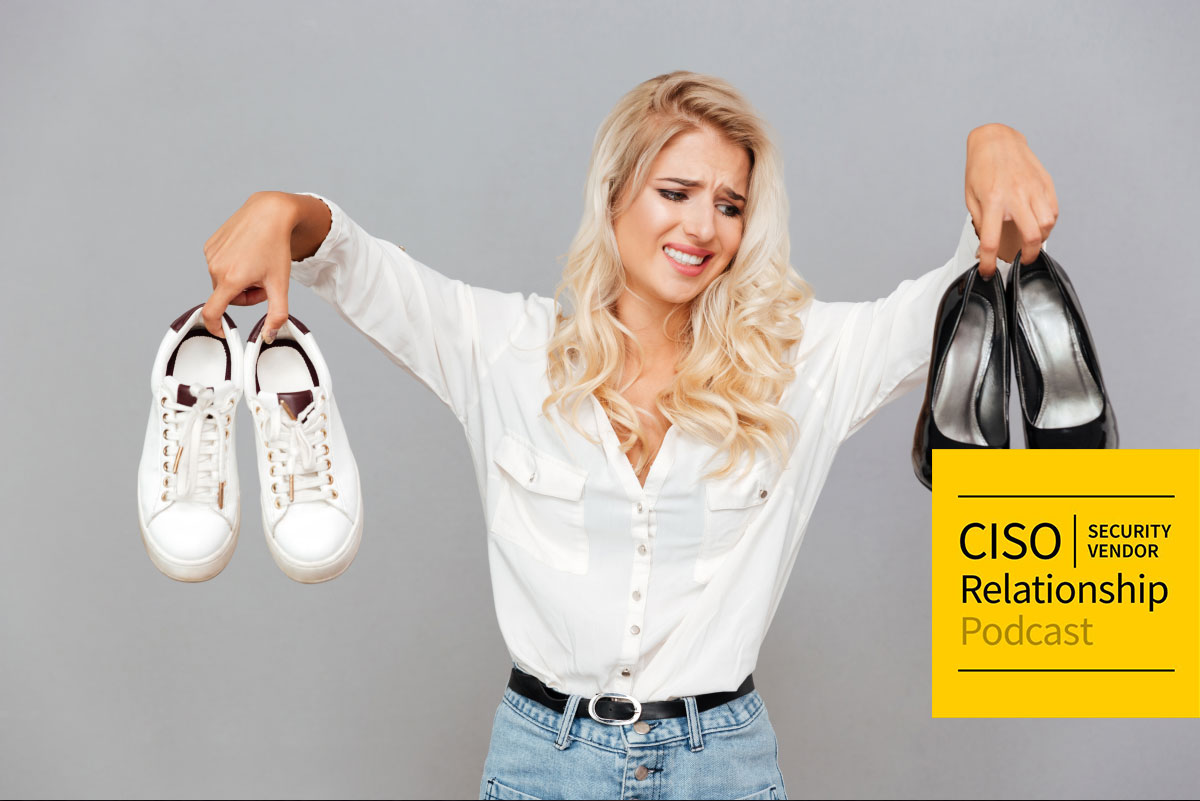 We want to put an end to InfoSec negativity, but not at the sacrifice of the soul of the company. We’re weighing our options on this week’s episode of CISO/Security Vendor Relationship Podcast.

This show, like all the previous ones is hosted by me, David Spark (@dspark), founder of Spark Media Solutions and Mike Johnson. Our guest this week is Sean Catlett, CISO of Reddit.

Thanks to this week’s sponsor, Perimeter 81

Helen Patton, CISO at Ohio State University, asked the security community, “What cultural/behavioral influences on Security would you like to see changed?”

Matt McManus who works in InfoSec at WeWord asks, “What’s the ideal information security team make-up and structure?” Sean, you came into Reddit recently as a new CISO. How did you go about determining what you needed for a team?

What needs to be protected? The endpoints or the network?

Last year I was chatting with a CEO, and he mentioned one common frustration with a scenario that keeps repeating itself. He will have a truly fantastic meeting with a potential buyer. Absolutely everything goes right, but the moment he asks to engage in a PoC, Proof of Concept, the conversation does an about face and everything falls apart. And vendors have unrealistic expectations of the time it will take a potential buyer to conduct a PoC.

With the recent release of the Verizon Data Breach Investigation Report, or DBIR, we brought up a question from Kip Boyle, author of Fire Doesn’t Innovate. He asks, “What role do vendors and the media play in determining and prioritizing your cyber risks?”

Whether your data is in transit or at rest, it’s vital to remember that neither state is secure. Data must be protected in both states, and encryption plays a major role in this. In addition to encryption standards for in-transit data such as TLS for email, HTTPS and SSL for websites and the use of a VPN when connecting from public Wi-Fi hotspots (even those that say they are secure), there is symmetric and asymmetric encryption, part of the Advanced Encryption Standard. Symmetric encryption happens when the sender and receiver of a message use a single shared key to encrypt and decrypt the message, which is something most internet traffic uses. Asymmetric encryption uses more CPU power and is harder to encrypt, and is used for secure online exchanges via the Secure Sockets Layer.

But encryption isn’t the end of the story. There must be network security controls to help protect data in transit as well as securing the transmission networks themselves. Proactivity is key here, which means identifying at-risk data, establishing user prompting regulations and automatic encryption for things like files attached to an email message, and taking stock of, and categorizing all types of data to ensure the right level of security is applied to each.

On a human level, Role-Based Access Control (RBAC) ensures different levels of security and permissions, multi factor authentication helps make data a more difficult target, and of course, each company should take ownership of this challenge and not rely on their cloud supplier to do it for them.